Long interested in marine art, Dale Byhre has specialized in depicting both historical and modern ships.  Ranging from rocky shorelines and the working boats of the west coast to the fighting ships of World War II, Dale has encompassed a strong appreciation for both ships and the sea, depicting them both with accuracy and reverence.  Dale Byhre's paintings are masterful recreations of a time and place based on long hours of research and study.  Whether a battleship in action during a critical moment in history or fishing docks on a peaceful morning.

Dale was this year made a Senior member of the Federation of Canadian Artists, and is a Signature member of the American Society of Marine Artists. Dale’s work is in many private and public collections, including those of the Royal Canadian Navy, the US Naval Academy Museum, the US Naval History and Heritage Command, the Mosquito Fleet Exhibit, the USS Turner Joy Museum and others. Recently, Dale’s originals and reproductions depicting US Naval involvement during the Vietnam War, have become highly praised and sought after, especially by veterans who served there aboard those very ships. Dale takes great pride in the friendships made through his artwork and has been honoured by being an invited guest at various USN reunion events.

Dale is a full-time artist and lives with his wife Susan in Cloverdale, B.C. 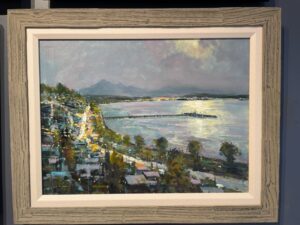 Sun Setting Over The Fraser 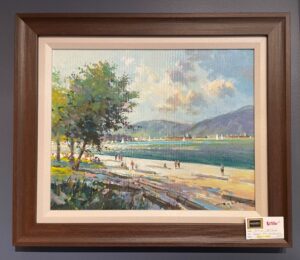 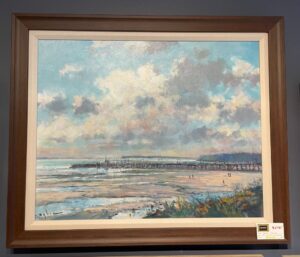 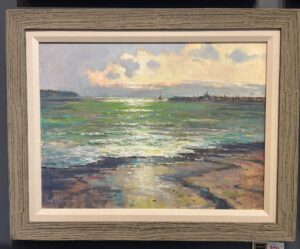