Born in Moscow, Russia in 1974, Alexei Butirskiy entered Moscow Art College in 1992. In 1996 he completed his studies at the Art College and graduated with an Excellence Diploma. In 1998 he graduated from the Russian Academy of the Arts where he studied under respected professor, L.S. Hasyanova. He graduated from the Academy with the highest honors attainable. In the fall of 2007, Alexei was invited to exhibit his work at the prestigious Il Vittoriano in the Piazza Venezia, Rome, Italy. Built in 1911 to honor the unknown soldier, Il Vittoriano has been the site of many important art exhibitions honoring Picasso, Dali, Chagall, Monet, Manet, Degas and many more. Alexei’s paintings portray the world around him in truthful and unglorified terms. A sense of tranquility is conveyed in each of his paintings. 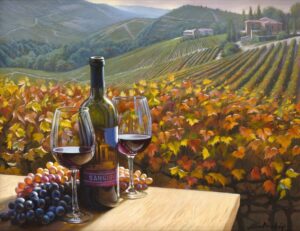 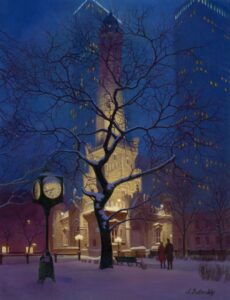 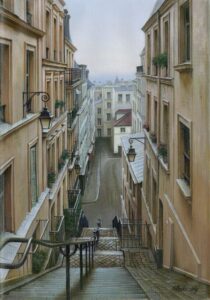 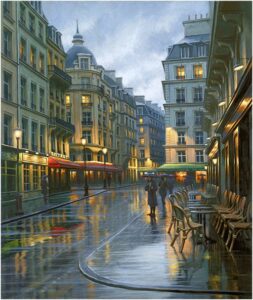 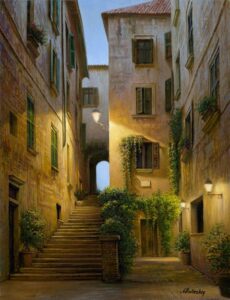 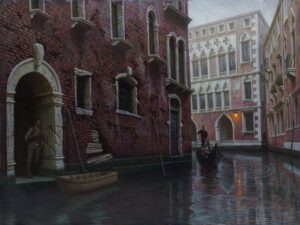 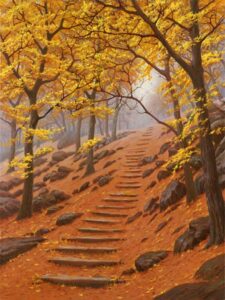 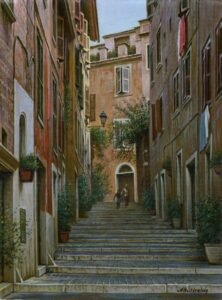